Reserved Keywords and literals in any programming language are those words that can’t be used as variable or function names (Identifiers). For Java programming as of Release 1.8, there are 50 keywords and 3 reserved literals. 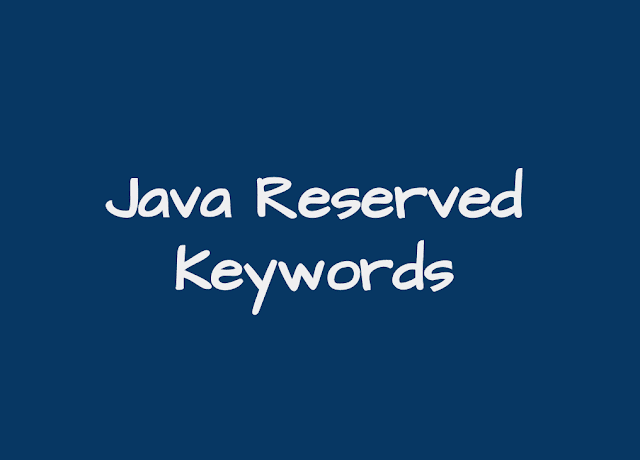